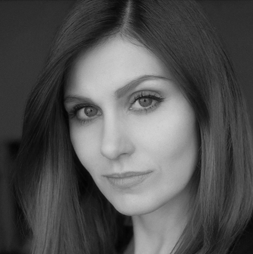 Nika Finch (name at birth: Polovko, Veronika) is a San Francisco / Los Angeles – based award-winning filmmaker who works as a producer with films, commercials, music videos and corporate projects. She is known for producing successful projects like “Wanna Be Younk” by 7EVER & Sid Wilson Slipknot), “Bad Boy” and “Hey Baby” by Tungevaag & Raaban for Sony Music Entertainment, Crazy Ex by Aelonia (Jake Pitts from Black Veil Bride), social awareness short film “Get Off Screen” and many others. Nika’s career in filmmaking industry started in Ukraine where she participated in different film projects as a producer. After moving to the USA in 2015 Nika founded her own entertainment agency ART LAB AGENCY and cooperated with directors, directors of photography and celebrities in film production. Due to her decisiveness, excellent leadership skills and creative thinking the young producer has already gained an impressive track record. Nika is a co-founder of Younk – first community record label based on blockchain and is a producer of music videos for the company. Being a sought-after professional, she provides expertise in film producing, financing, promotion and production issues and is often invited as a guest expert to give unbiased assessment to different projects.

2017 – “Honorary Award for Personal Achievement” – Institute of Producing of Ukraine