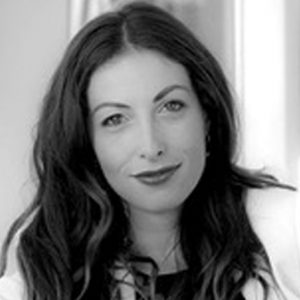 “Imperfect Gentlemen” Feature film, Poland & USA, to be released in 2021 Creative and Executive Producer
since 2018 since 2016

Robert Gallo arrives in Warsaw and has his world turned upside down when he meets Kasia, a desirable, free diver, who works at a luxurious nightclub in the Polish capital, “The Abyss”, owned by Vladimir Medvedev. Robert and Kasia are irreversibly drawn to each other and begin an intense and passionate affair. But Robert mistakes passion for love and must come to terms with the darker forces working within Kasia and her real world. When Kasia suddenly disappears, Robert is willing to risk everything to find her again, but does he really know who he’s looking for?

Every episode is dedicated to a mother of a famous entertainment artist. The concept is to learn what methods they’ve used to help make their famous child achieve success.

“All About Love!” Documentary film, Poland&USA to be released in 2019

A motley mix of ordinary people sharing their stories about love, loss and everything in be- tween

Tattoo girls is a memoir of life as it is, and of women as they are. A window to the lives of sev- en women from the same city where nothing is exactly as it seems, and reality is often hidden behind illusions.

Interview series with leading actors, Producer and Director of “Captain Fantastic” for Cosmo- politan Russia magazine. Captain Fantastic is a 2016 American comedy-drama film written and directed by Matt Ross (Aviator;American Psycho;Face/Off; Silicon Valley) and starring Viggo Mortensen (Lord of the Rings; 28 days). The story centers on a family that is forced by cir- cumstances to reintegrate into society after living in isolation for a decade.Viggo Mortensen was nominated for Oscar, Golden Globe, BAFTA, SAG awards for this movie.

“Down, but not out!” Documentary film with Green Box Europe, Poland 2015

“Down, But Not Out!” captures all the action of four amateur women boxers as they step for the first time into the ring. VOD distribution: Amazon, HULU, Snagfilms, mySpotlightTV, among others.

“No Excuses” raises questions about human complexity, where woman are competing alongside men in a male dominated CrossFit gym. VOD distribution: Amazon, HULU, Snagfilms, mySpotlightTV, among others.

The first Polish feature documentary on beauty and self-perception. It follows the winding jour- neys of four people who turn to plastic surgery as the last resort in their search for perfection. Cinema release in Poland – spring 2013