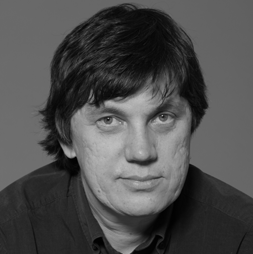 Producer of feature and documentary feature-length and short films. In the sphere of movie making started to work in 2000 and the number of projects is constantly increasing. The films produced with the participation of Andriy Suyarko have already accustomed to take part in major international festivals and receive prizes and critical acclaim. Most of the films shown on television in Ukraine and abroad.

Among the films produced by Andriy are Firecrosser by Mykhailo Illenko, Ivan The Powerful by Victor Andriyenko and The Nest of the Turtledove by Taras Tkachenko.

Andriy is a member of The Ukrainian Film Academy.

2016 – «The Nest of the Turtledove», directed by Taras Tkachenko, full-length feature film.

Mykola Boklan – The Best Actor of the second plan;

Natalia Vasko – The Best Actress of the second plan

“The Nest of the Turtledove” – The Best film.

Script-writers Victor Andrienko and Igor Pismennyy – the winners “Coronation of the Word” (2012) (Grand Prix in the category “Scripts for children”) for the screenplay of the movie “Ivan the Powerfull”.

Honorary Diploma at the XVIII International festival of films and TV programs for children and youth “Golden Chicken” (Ukraine, Mariupol).

“Special Award for vivid and true disclosure of the image” of the International TV Film festival “Slavic proverb” in the name Academician Likhachev. (Sofia, Bulgaria).

The film “Firecrosser” was officially nominated by Ukrainian Oskar Committee for the award Oscar as best foreign film. And got to the longlist of nominees.

The producer of documentaries: