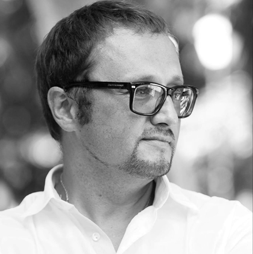 • 1999 Producer of full-length feature film  «Car washers» 35 мм KODAK, grant of the President of Ukraine, directed by Vladimir Tihiy.
• 2000 Producer of the ballet movie  «Carmina Burana», which premiere took place at Maidan Nezalezhnosti on the Day of Kyiv accompanied by a live orchestra and full chorus, directed by Victor Priduvalov..
• 2002 Producer of full-length feature film  «Cicuta» 35 мм. KODAK, directed by Alexander Shapiro. The film has been forbidden for cinema and TV release in Ukraine, but it became a cult film among the youth, gaining notoriety..
• 2002 Signing an agreement on starting a joint development and implementation of the Film Forum “KINO EXPO UKRAINE” in St. Petersburg
• 2002 Developer of a “Kluchovy moment” program format for Inter TV channel, Melorama, Executive Producer
• 2002 Director of “FILM.UA” company and transition to HDCAM videotape format. Producer of “Product Placement” film company.
• 2003 Producer of releasing the film «End of Holidays» 35 мм SVEMA, directed by Sergei Lysenko in the title role – Viktor Tsoi.
• 2003- 2004 Development of the “Product Placement” system for Ukrainian film market jointly with Vyacheslav Lychakov, a creator of the agency and its head today
• 2004 Initiator and producer of the first in Ukraine international film forum “KINOEKSPO Ukraine” together with Russian partners and producer Andrew Rizol, a chief producer of “Kinoforum Ukraine” Development of the Forum was held in 2001.
• 2004 Founder of ”Association for the Promotion and Development of Ukrainian cinema”. Member of the Board of Association
• 2004-2005 Producer the film «Queen Of The Gas Station» HD, release in May 1, 2005, director Aleksandr Kirienko. The leader of sales in 2005, according to the tender between ORT and RTR RTR.
• 2005-2006 Со-producer of the film  «HappyPeople» 35 mm.KODAK directed by Alexander Shapiro..
• 2005 Initiator of creation of Association of Producers of Ukraine, elected as its General Director.  http://producer.com.ua
• 2006 Producer of “Amedia Ukraine” film company.
• 2006 Re-elected as Vice-President of ”The Association of Film Producers of Ukraine”.
• 2006 Nomination for Oscar film “Aurora” directed by Oksana Bayrak.
• 2007 Member of the Advisory Committee under the President of Ukraine to reform the cinematography in Ukraine.
• 2007-2009 producer of full-length feature film “Illusion of Fear” Oscar nominee from Ukraine, director Alexander Kiriyenko
• 2009 -2010 Founder of Ukraine’s first digital lab of full cycle (Digital Intermediate) finishing and mastering of full-length feature films, “Kinotur company” http://kinotur.ua  http://kinotur.ua
• 2011 Founder of the Ukrainian Oscar Committee established by the Association of Producers of Ukraine Oscar Committee member.
• 2012 Elected as the Chairman of Society of Audiovisual Authors “ARMA UKRAINE ”  http://www.arma-ua.org/organi-upravl-nnya
• 2013-2015 Member of the Expert Council under the State Committee for Cinematography
• 2013-2016 Members of the Public Council under the State Committee for Cinematography and the Department of Intellectual Property
• 2014-2016 Head of the Commission on Copyright and Related Rights of the Public Council under the Ministry of Culture of Ukraine.